Home » Bread » Which Type of Flour to Use for Sourdough Bread

In my sourdough bread guide, I talk about starting out with a whole wheat or rye flour starter and then switching to unbleached all purpose flour. However, I've been getting a lot of questions about flour, so I wanted to do a more in depth comparison of the different types of flours so that you can choose what's best for you!

Growing up, I thought that all purpose flour was basically the only type of flour that existed. But as I've become a more experienced baker, I've come to have about 17 different types of flour in my pantry at all times (that's not an exaggeration). But don't worry, for the average home baker you can get away with all purpose for most things.

Before we can talk about which flour is best to use in sourdough, you need to understand all the different properties of flour.

By definition, flour is formed by grinding grain into a fine powder. Typically when you hear the word "flour" it's referring to wheat flour. But flour can also be made from rice, nuts, or other grains like barley. But all these different types of flour have wildly different properties.

We can't talk about flour without talking about gluten! Gluten is formed from two proteins (gliadin and glutenin) found in wheat and other similar grains (like barley and rye). It's what forms the long, elastic fibers that provide structure to the bread and allows the dough to rise and expand in the oven.

In tender baked goods like cakes, cookies, or biscuits, we want to control the formation of gluten so there is very little mixing or kneading involved. Whereas in chewy baked goods like a loaf of sourdough bread or soft pretzels, we need to develop the gluten by kneading the dough.

There are lots of gluten-free flours that can be easily subbed into tender baked goods like cakes and cookies; like almond flour, oat flour, or cassava flour.

However, gluten-free bread is a little more difficult given that gluten is so important for texture. Gluten-free bread is usually more dense and lacks the open, light texture of wheat bread. It often has a more crumbly texture, similar to quick breads like muffins. To enhance the structure of gluten-free bread, additives like xanthan gum or psyllium husk are typically added.

Don't get me wrong, this isn't to say you can't make delicious gluten-free bread!! It's just difficult to replicate the open, airy texture of homemade sourdough with gluten-free flour. Gluten-free baking is not my specialty, but some of my favorite gluten-free bakers to follow are Gutsy Baker and Butternut Bakery!

Different types of flour have varying amounts of protein which is closely correlated to the amount of gluten, however it does depend on what type of flour it is. For instance, rye flour has a high protein content, but it contains different proteins than wheat and therefore has a pretty low gluten content.

This is why it's so important to know the protein level of different types of flour depending on what you're trying to make!

When we're talking about flour for making bread, we're either talking about wheat flour (the most common) or flour derived from ancient grains like spelt, rye, or einkorn!

Typically when we say "flour" we're talking about wheat flour!

Whole wheat flour is made of 3 main parts:

White flour is sifted to remove the majority of the bran and germ, leaving behind mostly just the endosperm of the flour.

Since whole what flour contains the entire grain, you'll get bread with a much more complex flavor but also a much more dense texture. This is because the bran actually inhibits the gluten formation, so whole wheat bread can't rise as much as bread made with white flour.

White flour will give you a more mild flavor, but a much softer texture with a large open crumb (aka larger holes inside).

White flour is also divided into two main categories: bleached and unbleached. Technically, all flour is "bleached" because bleached really just means aged. As flour ages it naturally because lighter in color and softer.

Whereas flour that's labeled as "bleached" is treated with chemicals (chlorine gas or benzoyl peroxide) in order to speed up the aging process. Bleached flour is typically bright white in color. Chemically bleaching flour also creates flour with a finer texture and slightly lower protein content. This is why cake flour is often bleached and gives a super fine, tender crumb.

The biggest thing to note when making sourdough bread, is that bleaching flour kills off any natural yeasts and bacteria present in the flour, which are essential to sourdough!! So you only want to use unbleached flour in sourdough baking! Another reason I love King Arthur Flour, is that all of their flours are unbleached.

Soft wheat has a much lower protein content (5-9%) so that's what's used to make cake flour and pastry flour.

You can actually feel the difference between hard and soft wheat with your fingers! Hard wheat flour typically has a more granular feel whereas soft wheat flour has a softer, more powdery texture.

Heirloom wheats are traditional forms of wheat that have been making a big comeback in recent years. Because of that, they're a little easier to find than they used to be but still can be difficult to find depending on where you live.

Spelt flour is the more common of the heirloom varieties, and known to be less harsh on the digestive system. Spelt flour has a nutty, slightly sweet flavor and a very high protein content (17%).

However, spelt flour is not as strong as wheat flour so a 100% spelt loaf will be very dense and flat when compared to a wheat loaf.

I recommend using a small amount of spelt in addition to wheat flour to add extra flavor to your sourdough!

Einkorn flour is the earliest known cultivated wheat, and is the simplest and easiest to digest! It has a very unique flavor and also has a very high protein content (18%).

Similar to spelt, einkorn flour just isn't as strong as wheat flour so it also tends to yield a crumbly, dense loaf when used by itself.

I recommend substituting about ¼ of your wheat flour with einkorn for a delightfully flavorful sourdough loaf!

Rye flour is extremely popular to bake with because it has a complex, slightly fruity flavor and also contains a TON of wild yeasts and bacteria! For this reason, it's very popular to create rye based sourdough starters.

The protein content is similar to whole wheat (15%), however it's also very weak and nearly impossible to knead into a loaf is using only rye flour.

So again, it's best to use rye flour in combination with wheat flour for the best texture!

The Best Flour for Sourdough Bread

This whole post is essentially the [very] long way of saying there is no "best" flour for sourdough bread. It all just depends on the taste and texture you're going for!

If you're a sourdough beginner, I recommend using either bread flour or all purpose flour!

My recipe for homemade sourdough bread uses mostly all purpose flour with a little bit of whole wheat flour added for flavor. However, you can easily substitute all the flour for bread flour if that's what you prefer!

You can also make a nearly infinite number of different flour blends! So I recommend learning how to make a classic sourdough loaf with all purpose or bread flour. Then adding in different types of flour in small quantities and just experimenting with it!

Recipes that Use Cake Flour

Recipes That Use Pastry Flour

Recipes that Use Italian Style (00) Flour

*This site contains affiliate links which means that I may receive commissions for purchases made through these links. However, please know that I only provide links to products that I actually use and wholeheartedly recommend!

tell us what you think! Cancel reply

The name is Sage, Kyleigh Sage. I spend all my time in the kitchen while my sweet pup Barley hangs out at my feet waiting for me to drop something. On the blog you'll find scratch-made recipes for the home cook and baker that are fun and accessible! Read more about me! 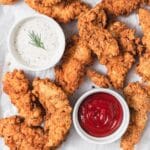 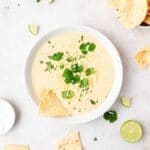 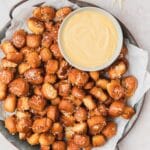 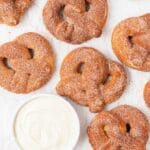 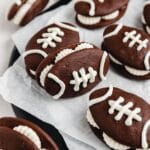 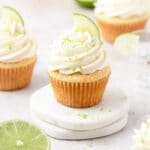 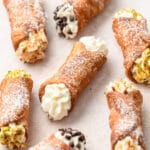 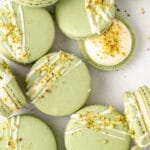 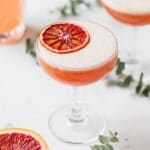 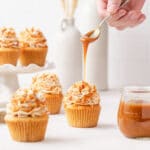 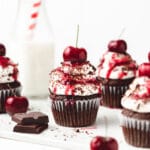 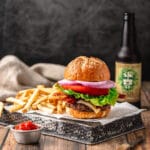 Barley & Sage has been featured in

How to Support Barley & Sage

There are a LOT of expenses involved in running a food blog. If you love my recipes, you can help support what I do in several ways!

Any form of support is SO deeply appreciated and helps me keep providing free recipes!  - Kyleigh